When you wish to avoid pregnancy or try to conceive, then you must have a fair idea of your fertile window. Fertile window refers to the number of days around ovulation where the probability of ovulation is maximum.

Just being aware of your body and how you feel may signal you when you are ovulating. Moreover, there are specialised ways by which you can predict ovulation. In this blog, we’ll talk about such ways down below.

But before that, let’s discuss ovulation. 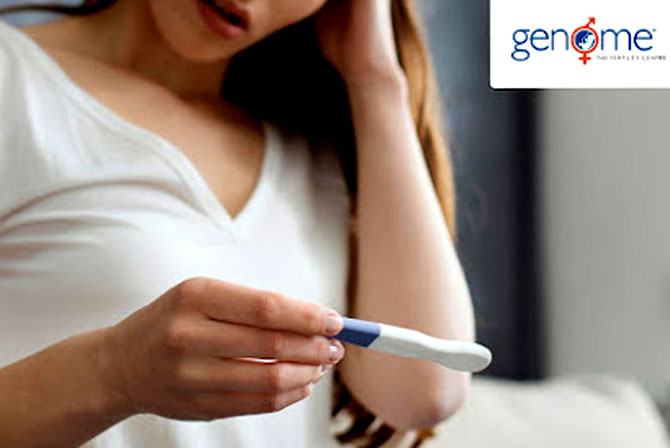 It refers to the process in which the egg released by your ovary gets fertilised by a sperm. The fertilised egg then gets implanted in the uterine.

However, if the egg remains unfertilised, the egg fragments and the uterine lining gets shed during your menstrual cycle.

When the egg is released, it moves down the fallopian tube. Then, it can be either fertilised and result in pregnancy, or it can lead to the next period.

For healthy women, ovulation generally occurs in between their menstrual cycles.

Ovulation is controlled by hormone release, which prompts certain changes such as saliva crystallisation, mucus properties, electrolytes inside the vagina, etc.

How to Predict Ovulation?

Ovulation occurs around 14 days before the inception of the next period. Using the calendar method for fertility tracking can allow you to begin charting the length of your cycle and help to estimate the predicted date of ovulation.

While this is not the most accurate way, this is surely the easiestway to predict your ovulation and plan pregnancy as per it.

BBT or Basal Body Temperature indicates your body temperature when it is at rest. It increases by up to 0.5°F around 12 hours after ovulation. It should be measured in the morning before you get out of bed.

To measure it, a specialised thermometer should be utilised as temperature changes are usually minor.

Moreover, oestrogen surges 4 days prior to LH increase. As the oestrogen and LH add up, women get to notice the entire fertile window.

While this is one of the most accurate ways to predict ovulation, the real challenge emergesin the form of the variation inthe hormone levels across different women.

Many Ovulation Prediction Kits predictsovulation based on a specific threshold level. This causes trouble as it could lead to false-positive or false-negative results.

The appearance and amount of vaginal moisture keep on changing across a woman’s cycle based on the amount of oestrogen produced. Observing these variations can help to predict ovulation.

As the woman marches towards her ovulation, her cervical mucus becomes more “stretchable” and clear. However, remember that every woman’s cervical mucus is unique.

Hence, one needs to understand her own pattern to note changes correctly over time.

With the vagina electrolytes method, one can track changes in minerals in body fluids. It requires a certain monitor that can record changes in cervical mucus throughout the cycle.

The above-mentioned methods can help you better predict your ovulation and help you make your pregnancy plans accordingly.

If you wish to find successful solutions to your years of despair due to infertility concerns, just book an appointment with us.

How to Talk to Your Partner about IVF and Infertility?

Menstrual Hygiene- Everything You Need to Know About

How to Cope Up with your Infertility issues?

The Influence of Nutrition on Fertility

Infertility in Men – How to Stay Safe?

Diet to improve your fertility

Everything You Need to Know About Repeated Miscarriages

How to choose the best Fertility Clinic nearby you?

How women can cope up with infertility challenges?

How Diabetes Impacts Your Reproductive Health and Fertility?

Submit Details to Request A Callback